Endangered species – the organisms whose number have reduced dramatically

1. Why do people volunteer to help the little sea turtle get to the water safely?

2. Have you ever saved anything, you social justice warrior?

“We’re so self-important. Everybody’s going to save something now. “Save the trees, save the bees, save the whales, save those snails.” And the greatest arrogance of all: save the planet.

See, I’m not one of these people who’s worried about everything. You got people like this around you? Countries full of them now: people walking around all day long, every minute of the day, worried… about everything! Worried about the air; worried about the water; worried about the soil; worried about insecticides, pesticides, food additives, carcinogens; worried about radon gas; worried about asbestos; worried about saving endangered species. Let me tell you about endangered species all right? Saving endangered species is just one more arrogant attempt by humans to control nature. It’s arrogant meddling; it’s what got us in trouble in the first place. Doesn’t anybody understand that? Interfering with nature. Over 90% – over, WAY over – 90% of all the species that have ever lived on this planet, ever lived, are gone! Pwwt! They’re extinct! We didn’t kill them all, they just disappeared. That’s what nature does. They disappear these days at the rate of 25 a day and I mean regardless of our behaviour. Irrespective of how we act on this planet, 25 species that were here today will be gone tomorrow. Let them go gracefully. Leave nature alone. Haven’t we done enough?

We’re so self-important, so self-important. Everybody’s gonna save something now: “Save the trees! Save the bees! Save the whales! Save those snails!” and the greatest arrogance of all: “Save the planet!” What?! Are these fucking people kidding me?! Save the planet?! We don’t even know how to take care of ourselves yet! We haven’t learned how to care for one another and we’re gonna save the fucking planet?! I’m getting tired of that shit! I’m getting tired of that shit! I’m tired of fucking Earth Day! I’m tired of these self-righteous environmentalists; these white, bourgeois liberals who think the only thing wrong with this country is there aren’t enough bicycle paths! People trying to make the world safe for their Volvo’s! Besides, environmentalists don’t give a shit about the planet. They don’t care about the planet; not in the abstract, they don’t. You know what they’re interested in? A clean place to live; their own habitat. They’re worried that someday in the future, they might be personally inconvenienced. Narrow, unenlightened self-interest doesn’t impress me.

Besides, there is nothing wrong with the planet… nothing wrong with the planet. The planet is fine… the people are fucked! Difference! The planet is fine! Compared to the people, THE PLANET IS DOING GREAT: Been here four and a half billion years! Do you ever think about the arithmetic? The planet has been here four and a half billion years, we’ve been here what? 100,000? Maybe 200,000? And we’ve only been engaged in heavy industry for a little over 200 years. 200 years versus four and a half billion and we have the conceit to think that somehow, we’re a threat? That somehow, we’re going to put in jeopardy this beautiful little blue-green ball that’s just a-floatin’ around the sun? The planet has been through a lot worse than us. Been through all kinds of things worse than us: been through earthquakes, volcanoes, plate tectonics, continental drifts, solar flares, sunspots, magnetic storms, the magnetic reversal of the poles, hundreds of thousands of years of bombardment by comets and asteroids and meteors, worldwide floods, tidal waves, worldwide fires, erosion, cosmic rays, recurring ice ages, and we think some plastic bags and aluminum cans are going to make a difference?

The planet isn’t going anywhere… we are! We’re going away! Pack your shit folks!

Pronounce these phrases without pauses and interruptions 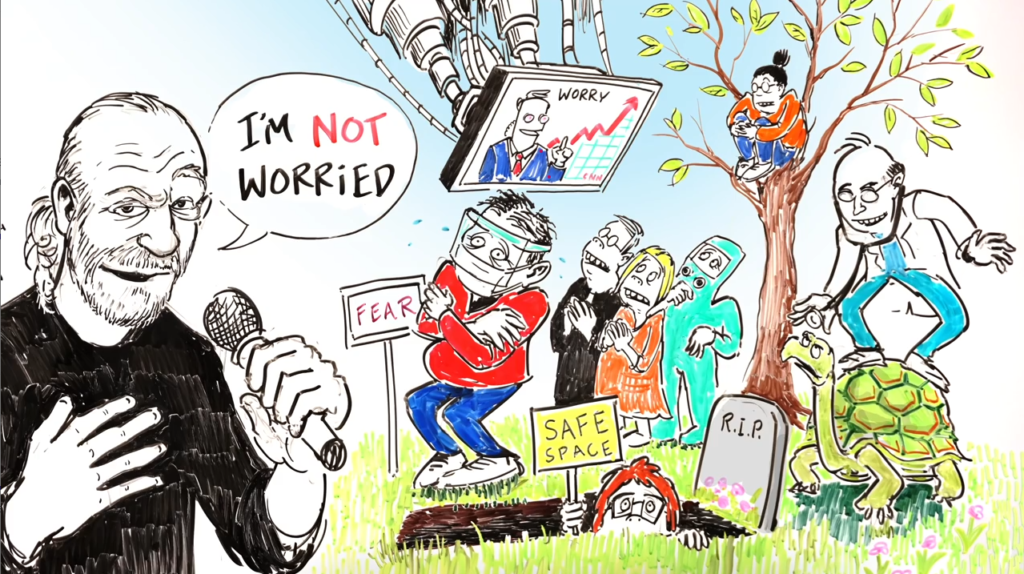 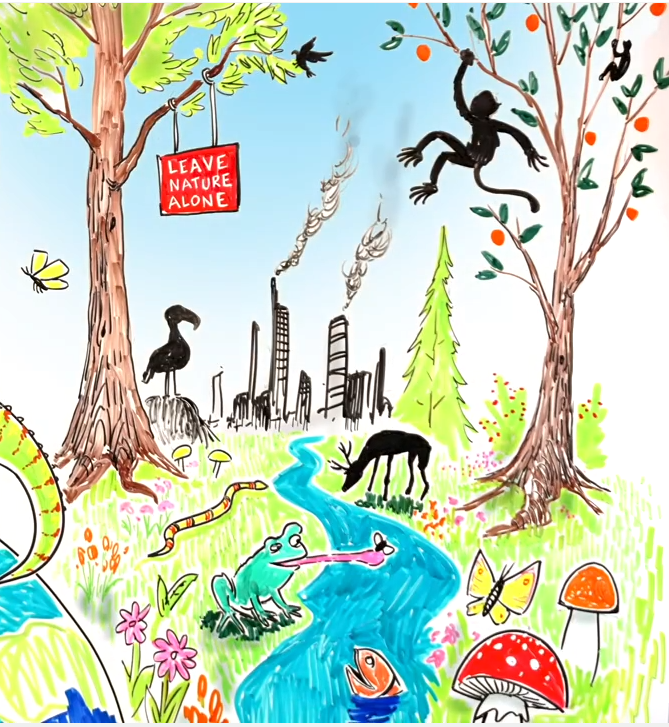 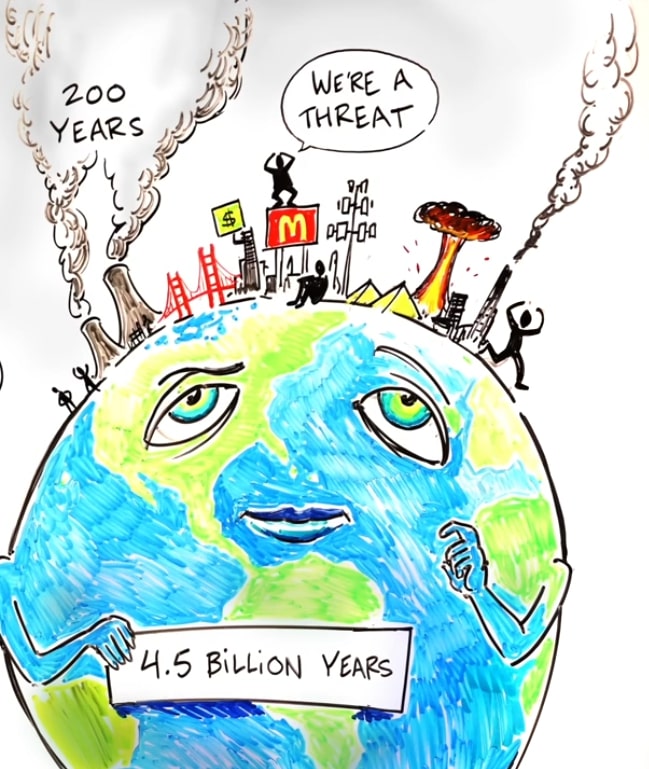 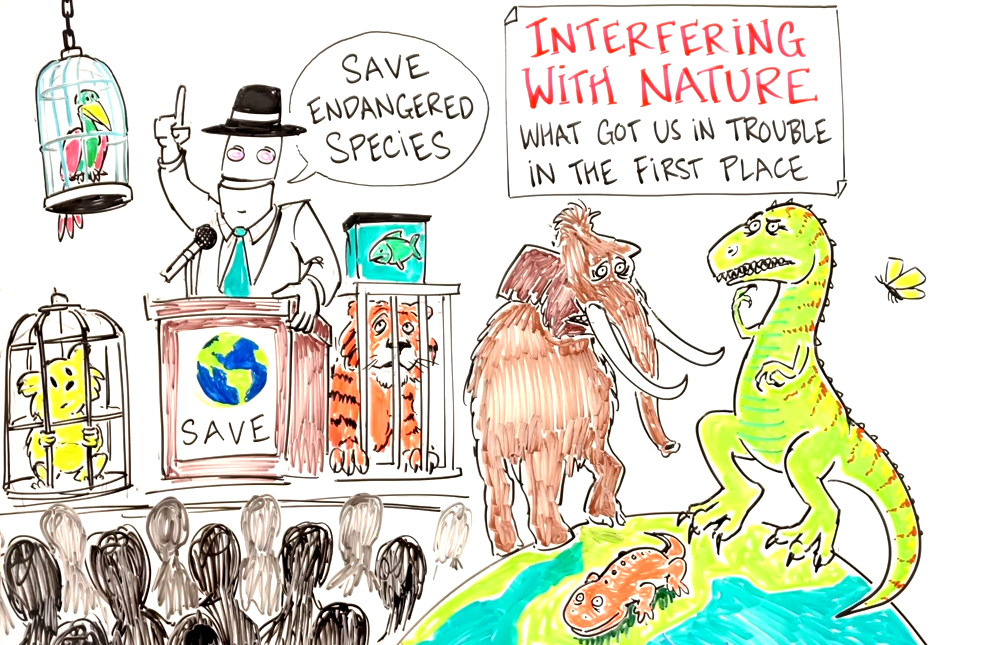 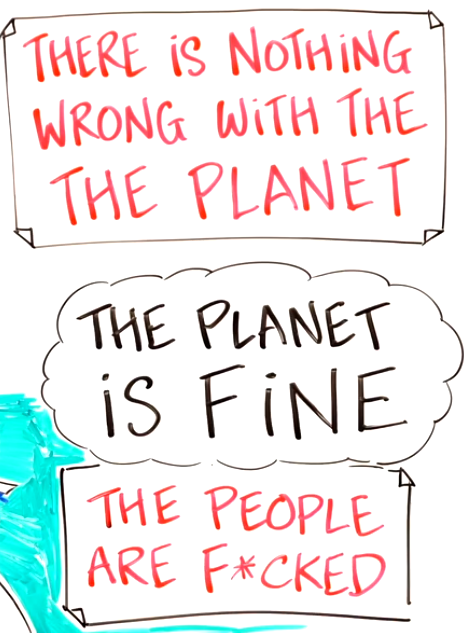 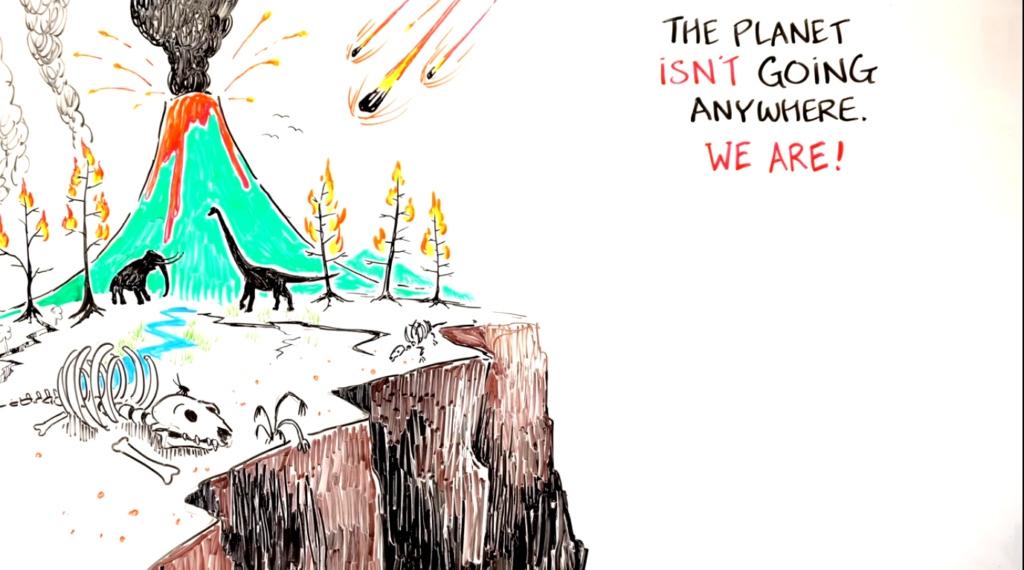